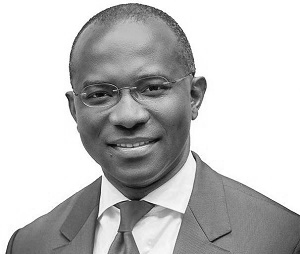 Didier Acouetey is the President and Founder of the AfricSearch Group since 1996, first international recruitment and Human Resources consulting firm specializing in Africa. With their partner Alexander Hughes, an international Executive Search firm, the AFRICSEARCH-ALEXANDER HUGHES Group is present in more than 50 countries.
As business advisor to several African major corporations and Governments, Didier Acouetey has built an extensive network of contacts in the African business and political community. He sits on a couple of boards in order to keep building African corporate champions.
Active member in several Think tanks and promoter of the “Youth Excellency Program” whose objective is to promote Young Africans Leaders, Didier Acouetey has also co-founded the first Africa South East Asia Chamber of Commerce in Singapore. Its objective is to promote business partnerships and best practices between African and South East Asian private sectors. In this context, he contributes to the mobilization of funds for African businesses and States.
He received several awards including the 2014 ‘African Entrepreneur Award of the Year’ in France. He has been considered as one the 50 most active Africans in the world for the last 50 years by various international publications.
He launched in 2014 the first African SME financing forum, in partnership with several institutions including African Guarantee Fund, IFC, the African Development Bank and Afreximbank. The forum is held on an annual basis to support the growth of SMEs in Africa.
Didier Acouetey is a graduate from the Arts et Métiers school in Paris, and holds a Bachelor degree and a MBA from “ESCP EAP”, one of the top French business schools, and attended high level programs on strategy and management, including at Harvard Business School. 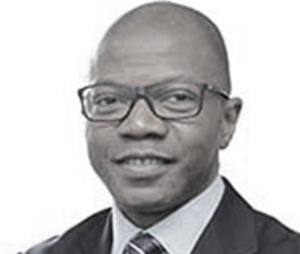 Joel-Eric Missainhoun is a Managing Partner at AfricSearch and an Executing Director in charge of activities of the Abidjan office, Côte d’Ivoire. He monitors the operations of several offices in francophone African Countries. Missainhoun has over 20 years experience in successfully monitoring projects and activities directly linked to Africa. Missainhoun is a technically savvy executive recruitment professional with in-depth experience leading recruitment projects. He has 5 years experience as a lawyer (African Tax & Legal issues) at Ernst & Young in Paris. In that position, he was involved in providing advisory services to multinationals and assisting several African governments.
Missainhoun holds a Masters Degree (DESS) in Banking Law from the Sorbonne University in Paris and graduated from the Paris Bar school 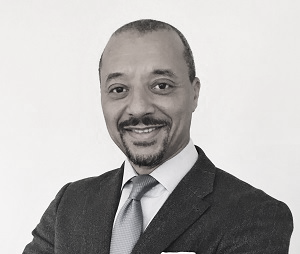 Philip Armerding is a Managing Partner at AfricSearch and an Executive Director in charge of the activities at the Johannesburg Office, South Africa. He is in charge of financial services and insurance practice at AfricSearch. Armerding has over 25 years experience in projects and activities linked directly to Africa. From 1990 to 1995, Armerding worked as a Senior Editor and Business Advisor for Arthur Andersen in Côte d’Ivoire. He supervised and participated in numerous complex assignments in Côte d’Ivoire and sub region including financial audit services, business analysis, diagnostic reviews, advice and assistance to several African governments (in conjunction with the World Bank) in implementing their divestiture and privatization program. In 1997, Armerding joined Merrill Lynch International in Paris (France). From 1997 to 2001 he provided a comprehensive range of investment services to the banks African based clients.
Before joining AfricSearch early 2003, Armerding served as Vice President and Senior Investment Advisor of Global Equities PB, he had successfully established and developed Global Equities private banking activities. Armerding holds Masters in Sciences in Management with a major in finance from the Sorbonne University is Paris. 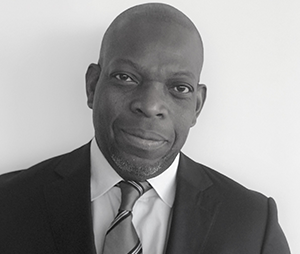 Patrick Koffi Placktor is Associate at AfricSearch & Client Partner at Alexander Hughes|AfricSearch.
Patrick has more than 25 years of experience in human resources as both Executive HR Director and Consultant in change and transformation management for multinationals in fast growing environnements.
He joined the Gap Inc in 1993 in the United States and was a part of the startup team when the Gap entered the French market. Later on, he also served as HR Director at the Phone House (1998), CBRE (2002), Hoche Partners (2011) and Edelman (2015).
Patrick Placktor holds an MBA from the International University of America in San Francisco, a BA in Economics from the University of Angers and an Executive Education in Strategy from HEC Paris. Patrick Placktor is bilingual French / English.